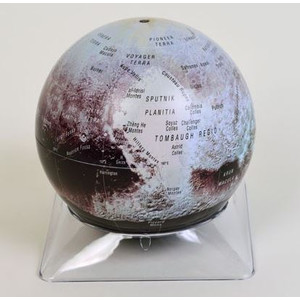 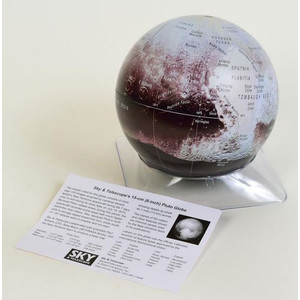 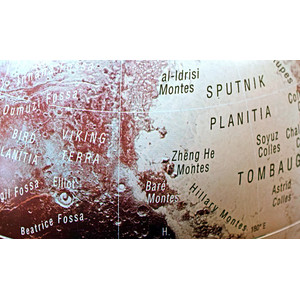 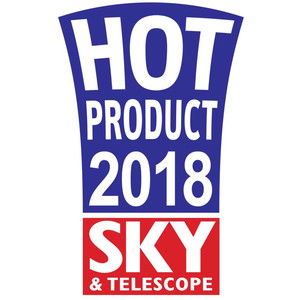 You've seen the pictures from the New Horizons spacecraft? Now hold Pluto in your hand!

This 6-inch globe combines a colorful NASA-authorized base map with informal names for 60 craters and other features on Pluto's surface.

The mosaic used for this globe consists of more than 125 images acquired by cameras aboard NASA’s New Horizons spacecraft during the seven days prior to and during its close flyby on July 14, 2015. Because Pluto rotated slowly during this period, the spacecraft recorded some areas with much higher resolution than others. Also, because Pluto’s north pole is strongly tipped toward the Sun, areas south of –30° latitude were in shadow and not seen.

The globe comes with a freestanding, clear plastic base and an information card describing key Pluto facts and how the globe was made.

Planetary scientists didn’t expect that a cold, ice-and-rock world like Pluto would look very interesting when seen close-up. They expected to see lots of craters and maybe some interesting ice deposits on an otherwise long-dead world. But as the New Horizons spacecraft drew ever closer to Pluto in 2015, the mission scientists were all open-mouthed with excitement and disbelief. Pluto turns out to be far more geologically interesting than anyone had imagined — and its surface continues to evolve even today — despite being one of the coldest places in the solar system.