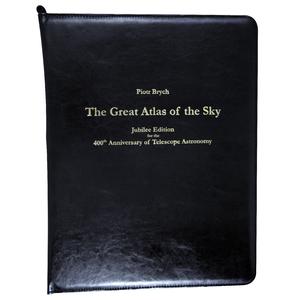 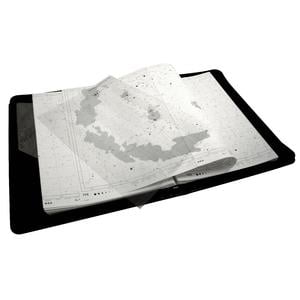 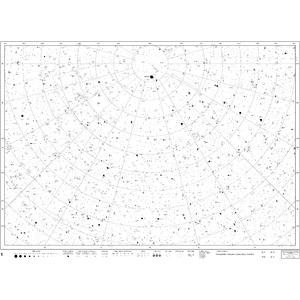 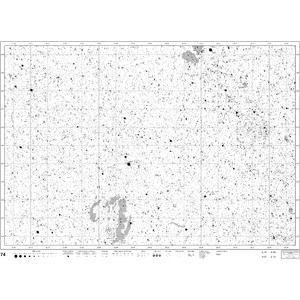 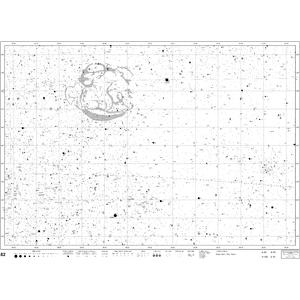 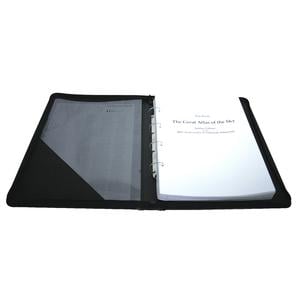 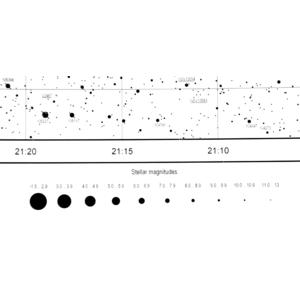 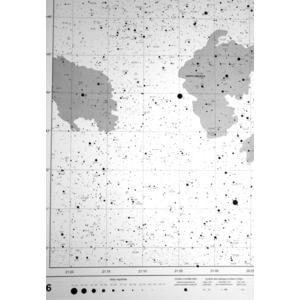 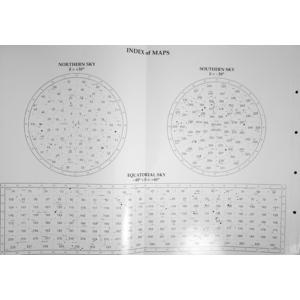 The Great Atlas of the Sky

The Great Atlas of the Sky, Jubilee Edition, is the world’s largest printed atlas of the entire sky, available on the market. It comprises of 296 maps, each covering the area of 15°x10°. The size of the maps is 24x17 inches (61x43 cm), and their scale is 1.38 inch/° (35 mm/°).
A total of 2,430,768 stars, up to the stellar magnitude of 12, are plotted on the maps of the Atlas, in addition to over 70,000 galaxies, clusters and nebulae. All the non-stellar objects plotted on the maps are labeled with the Messier, NGC, IC, Sh2, RCW or PGC catalogue designations. The maps are also plotted with the symbols and numbers of all the stars included in the Bayer catalogue of 1603 (Greek letters), Flamsteed catalogue of 1725, and in the Hipparcos catalogue of 1997. Also, all the variable stars included in the GCVS and NSV catalogues have their symbols marked on the maps. All told, a total of 130 thousand stars have their designations provided on the maps.
The nebulae, whose diameter is greater than 5’, are shown on maps as outlines reflecting their shape. Galaxies are depicted in the form of an ellipse, provided that their diameter is larger than 2’. The size and location of the ellipse corresponds to the real size and the position of the galaxy in the sky. The maps also have the ecliptic plotted on, with an angular scale of every 0.1°. In the case of polar maps, the axial precession movement is indicated by the position of the poles in the years 2000-2100.
Maps are inserted in the special binding allowing for easy removal of the maps. Once placed in the dedicated protective film, the map can be used outdoors, without risking damage to the map. The Atlas is supplied with a grid film that facilitates the finding of precise coordinates of every point on the map and to plot objects of known coordinates, e.g. current position of comets taken from ephemerides.